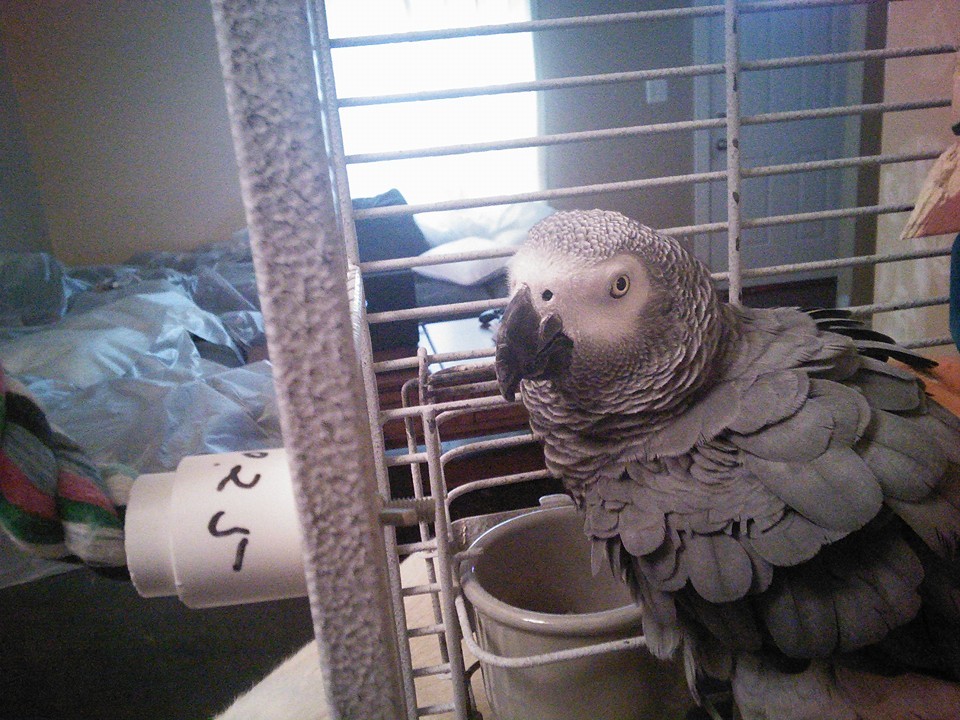 Griffin left us on July 31, 2016. He fell off of his perch but did not get up like he normally would. We rushed him to the vet and were there within 30 minutes. The vet took him back and put him in an oxygen tank and started supportive care but within 20 minutes he was gone. The doctor said it was probably a stroke and that she sees this happen quite often to birds Griffin's age.

We have been absolutely crushed by his passing. It is so strange not to hear his "hello!" when I come home from work or have him whistle and shout, "come here!" when I am letting the dogs out. I think what I miss most is the way he would whistle the X-Files theme when he was particularly happy. Sometimes he'd start in the middle then go through it several times because he liked the highest notes the best.

We miss him so much. 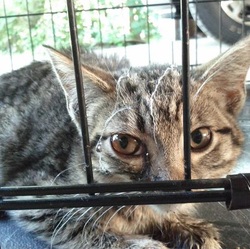 Phoenix was one of the Boardwalk St. kittens born to the feral mother, Dune. A kind police officer noticed Phoenix in his yard one day and, realizing that she was sick, called the Greta's Haven immediately.

When we responded we could tell that Phoenix was in rough shape. She was filthy, skin and bones and had mismatched pupils. We took her to our vet and found that her eye was protruding and that she had worms actually consuming her flesh from the outside in. The vet  treated her and gave us some medication with a caution that she may not rally.

Phoenix was quarantined with a warm bed, litter box and plenty of food and water.

Early the next morning, Phoenix was unresponsive, limp and cold with shallow breathing and a faint heartbeat. With sorrow we took her to the vet again, this time knowing she wouldn't return.

It is the nature of rescue that there are times when an animal is beyond help and the only thing that can be provided is comfort. We are grateful that we could offer some comfort to Phoenix. 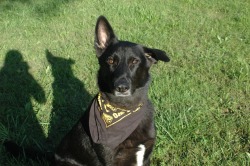 Link left his Mommy suddenly in mid January 2012. Having been diagnosed with lymphoma less than a month earlier with a prognosis of several months, his leaving so soon was a surprise.

Link was the sort of fellow who loved unabashedly as soon as he came to know you. He was sweet and gentle, even to the point of sharing affection (and toys) with his miniscule foster-siblings.

Link was also a pioneer of sorts. He was the first dog adopted by one of three sisters, the other two who also went to adopt dogs shortly afterward that very summer. Seeing the joy of a girl and her dog, the same was sought in other households. In fact, Link and Orrin came from the same rescue - K9 Stray Rescue League.

The entire family grieves for the loss of Link but we also appreciate the immense joy he brought into his Mommy's life and ours. We will miss him and think of him often, fondly. 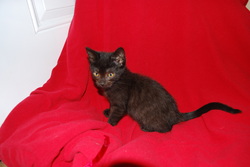 Dazzler left us on October2, 2010. One of the Grayson babies, we had nursed her through several issues and it had seemed that she was fully recovered.

On the afternoon of the above date she became lethargic. She then began shivering and we rushed her to our vet. While in the waiting room she began crying and moving her head in an odd manner. The vet took her to the back for treatment. As the afternoon progressed, Dazzler's symptoms increased rapidly and seemingly without reason. The vet told us finally that they did not know what else to do. We could let her pass naturally as her neurological issues increased or we could help her pass. We let her go the kind way with tears and love following her.

Dazzler was a very special girl. Although she was full of kitten mischief, she was also the one you could rely on to be content snuggling for hours. She would even curl up on Orrin, in the middle of his back, for a nap. We will miss her. We sorrow not only for our loss, but for the loss of everyone who helped her get to Greta's Haven.

Be at peace, Dazzler, until we meet again.

UPDATE: We had a necropsy performed because we could not understand this loss. It turned out to be meningeoncephilitis, a secondary bacterial infection from her viral respiratory infection. The vet said there was nothing that could have been done. But we still sorrow. 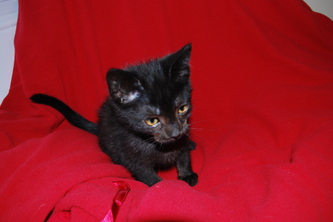 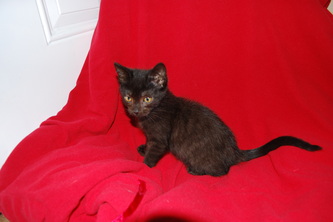 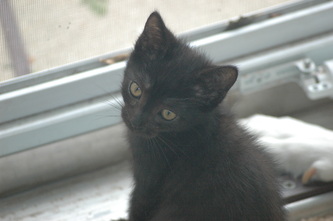 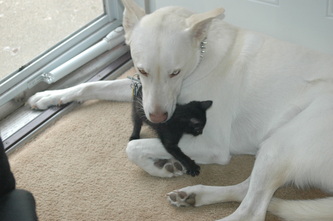 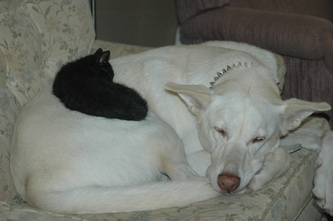 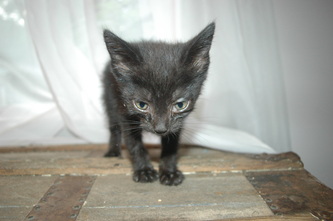